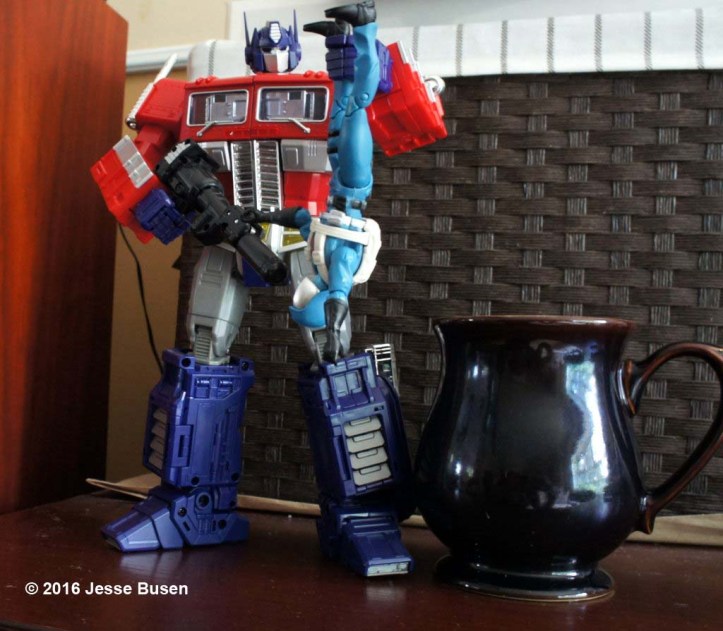 Not sure what to make of the news about the upcoming shared universe that Transformers will have with ROM, M.A.S.K., G.I. Joe, & whatever else is under Hasbro’s action comic lineup, but like with anything, if it sucks, I don’t have to read it.

Some people are hearing a death knell for what has been almost 5 years of really fun TF comics. Really fun TF comics that are better made comics than all previous TF related comics from other publishers…and then there’s More Than Meets The Eye, probably one of the best comics on the market right now.

I love MTMTE and (ex)RID and Windblade. I don’t think these are going to change. I’m definitely sticking around to see what happens. I think MTMTE especially has enough cred to be its own thing. “Hey, Whirl, there’s our friend ROM. Did you have something to say?” “I must go now, my planet needs me.” Unlikely.

When Community was picked up for a 4th season, the show’s creator Dan Harmon was fired. I watched those episodes. Some were okay. But I was never upset about the direction, because I always had the brilliant seasons 1-3. So, let’s say for some reason that the cast of MTMTE ends up on Earth and they become dedicated vehicle slaves to the cast of M.A.S.K. Okay, please don’t let that happen. But if it does happen, you always have the amazing seasons 1 & 2.

It’s just something the powers that be have decided to do. It’s just a five parter crossover and everything starts over at #1 (supposedly, if we’re all reading the press release right). No one said that M.A.S.K. is joining the Lost Light on any basis once Hasbro introduces these characters into a shared universe. It’s not worth yelling “the Lost Light is falling!” into the indifferent lonely chasm that is the internet.