Haven’t bought a lot of figures lately. I stopped by my local “collectibles” store and there were a lot of interesting Transformers & GoBots that the store hadn’t had before. I gravitated to a couple of toys: 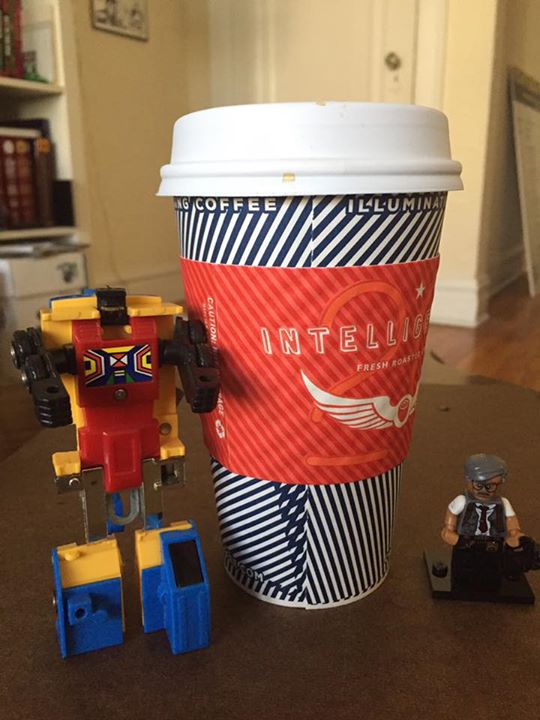 BOOTLEG HOOK! I love the Constructicons, and I love seeing bootleg versions of them. I have a Bootleg Mixmaster. Here’s Hook, in his garish Blue & Yellow & Red glory. The hook, one of the easy to lose parts of this toy, is there! This would make him a great for-parts cheapie ($3), but I like this version too much. 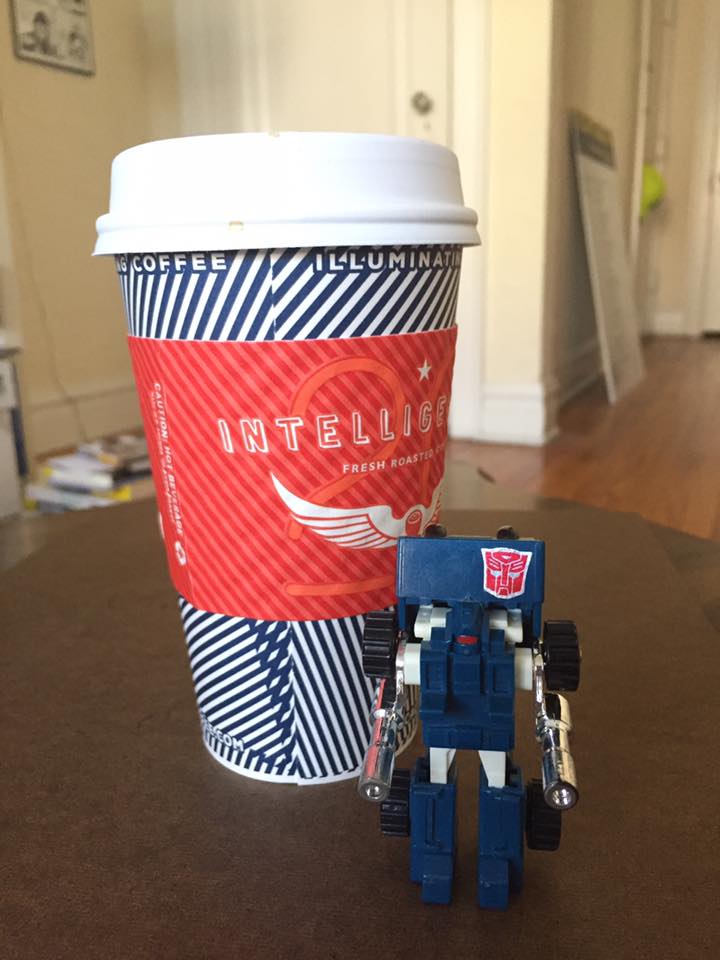 I lost G1 Pipes on a road trip (because, as many do, I bring a children’s toy with me for photo opportunities in front of landmarks etc). I was pretty sad. G1 Pipes is the last G1 figure I got…when I was a kid, for my 10th birthday. I checked Transformerland and a few other places but never spent the money to replace the old one. The store owner was pretty impressed with this version, with his arms still covered in chrome and tight joints. Whoever had him last took great care of him. I’m grateful to writer James Roberts for making Pipes part of the Lost Light crew in More Than Meets The Eye. Pipes struck me as a sad kind of goofball from his G1 tech spec and Roberts ran with that, albeit in a different way, in his comic, giving this character…a lot of character, and a friendly face in the crew.

Anyway, I dig Pipes. He’s great. Not a rare unicorn in the collecting hobby but I am glad I was able to pick him up.