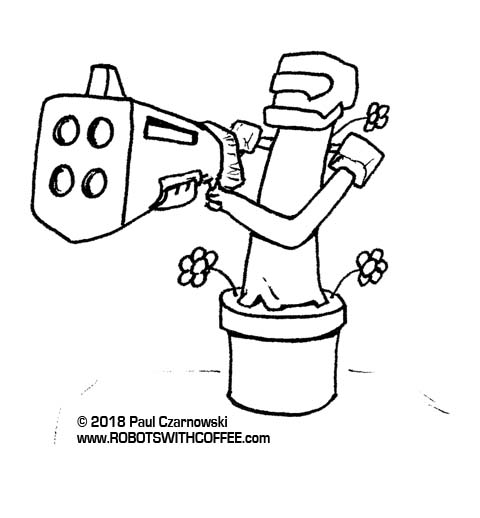 What’s makes an assassin so deadly? Their ability to blend in just before and after their malicious attack. So watch out…there is no effective killer like…THE PLANT! You don’t even know how he infiltrated your billion dollar criminal empire until…IT’S TOO LATE! Generally once he does his deed, he takes his time leaving because of his lack of mobility. Once he’s taken down the leader of a gang or rebellion group or whatever, it’s pretty much over for that group and everyone kind of moves on with their lives, with a now unemployed low level grunt leaving THE PLANT on the curb like a month or so later after the disbanded group has to clean up and vacate their lair. It’s an involved process, but THE PLANT…loves to get his hands…DIRTy.

The shotgun is modeled after the quad-type shotguns you’d see in Borderlands 2, like a Torgue weapon. Anyway.